Textual analysis of the extract taken from The Moon and Sixpence, chapter XLII, by Somerset Maugham 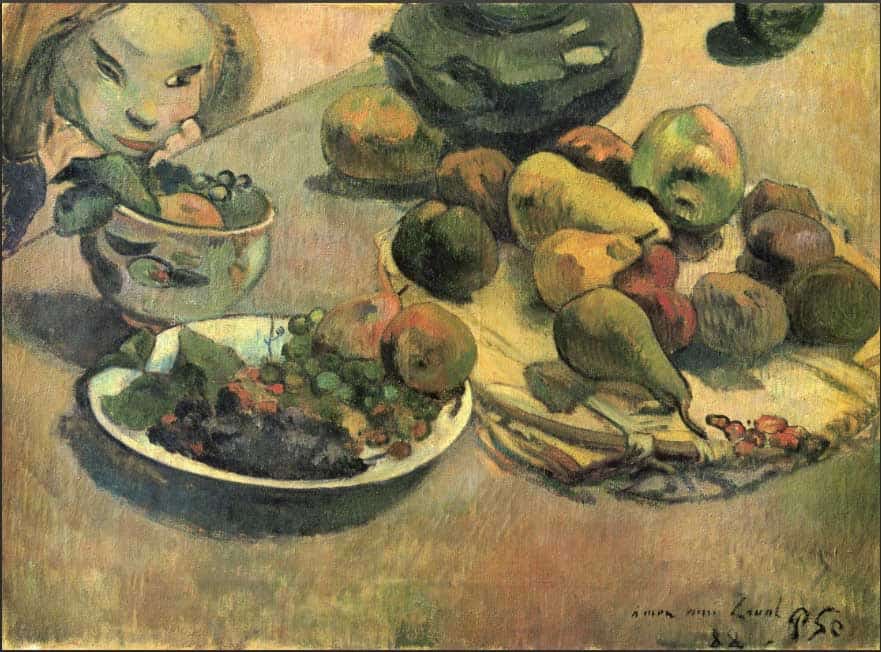 I did not know why Strickland had suddenly offered to show them to me. I welcomed the opportunity. A man's work reveals him… …I wish I could say that I recognised at once their beauty and their great originality. Now that I have seen many of them again and the rest are familiar to me in reproductions, I am astonished that at first sight I was bitterly disappointed. I felt nothing of the peculiar thrill which it is the property of art to give. The impression that Strickland's pictures gave me was disconcerting; and the fact remains, always to reproach me, that I never even thought of buying any. I missed a wonderful chance. Most of them have found their way into museums, and the rest are the treasured possessions of wealthy amateurs. I try to find excuses for myself. I think that my taste is good, but I am conscious that it has no originality. I know very little about painting, and I wander along trails that others have blazed for me. At that time I had the greatest admiration for the impressionists. I longed to possess a Sisley and a Degas, and I worshipped Manet. His Olympia seemed to me the greatest picture of modern times, and Le Dejeuner sur l'Herbe moved me profoundly. These works seemed to me the last word in painting.

I will not describe the pictures that Strickland showed me. Descriptions of pictures are always dull, and these, besides, are familiar to all who take an interest in such things. Now that his influence has so enormously affected modern painting, now that others have charted the country which he was among the first to explore, Strickland's pictures, seen for the first time, would find the mind more prepared for them; but it must be remembered that I had never seen anything of the sort. First of all I was taken aback by what seemed to me the clumsiness of his technique. Accustomed to the drawing of the old masters, and convinced that Ingres was the greatest draughtsman of recent times, I thought that Strickland drew very badly. I knew nothing of the simplification at which he aimed. I remember a still-life of oranges on a plate, and I was bothered because the plate was not round and the oranges were lop-sided. The portraits were a little larger than life-size, and this gave them an ungainly look. To my eyes the faces looked like caricatures. They were painted in a way that was entirely new to me. The landscapes puzzled me even more. There were two or three pictures of the forest at Fontainebleau and several of streets in Paris: my first feeling was that they might have been painted by a drunken cabdriver. I was perfectly bewildered. The colour seemed to me extraordinarily crude. It passed through my mind that the whole thing was a stupendous, incomprehensible farce. Now that I look back I am more than ever impressed by Stroeve's acuteness. He saw from the first that here was a revolution in art, and he recognised in its beginnings the genius which now all the world allows.

But if I was puzzled and disconcerted, I was not unimpressed. Even I, in my colossal ignorance, could not but feel that here, trying to express itself, was real power. I was excited and interested. I felt that these pictures had something to say to me that was very important for me to know, but I could not tell what it was. They seemed to me ugly, but they suggested without disclosing a secret of momentous significance. They were strangely tantalising. They gave me an emotion that I could not analyse. They said something that words were powerless to utter. I fancy that Strickland saw vaguely some spiritual meaning in material things that was so strange that he could only suggest it with halting symbols. It was as though he found in the chaos of the universe a new pattern, and were attempting clumsily, with anguish of soul, to set it down. I saw a tormented spirit striving for the release of expression.

Contextually the given extract is the author’s narration.

Driven by the desire to understand Strickland’s complex and tormented personality and the driving force that compelled him, the narrator welcomes the opportunity to have a look at his paintings and find in them the key, since he beliefs that a man’s work reveals him. To describe the effect produced by the paintings the narrator uses words belonging to the semantic field of astonishment: astonished, disconcerting, taken aback, puzzled, perfectly bewildered, perplexed. This colourful range of emotions speaks of the fact that the narrator didn’t remain unmoved or indifferent by the pictures. Moreover, he confesses that he was excited and interested by their strangeness and uncommon style.

The author describes his first impression as bitter disappointment The author regrets his lack of taste to appreciate it at once and finds an excuse for his blindness through the metaphor “ I wander along trails that others have blazed for me”. , The author manifests his admiration for the Impressionists. There is an allusion to Sisley, Degas, Manet as the last word in painting. Strickland’s style was far beyond the generally accepted framework of painting. Further he dwells on his own motives of rejecting his paintings: accustomed to the drawing of the old masters, unprepared for the new trend, I knew nothing of the simplification, colossal ignorance. His pictures are described as ‘clumsy’. Apart from the discovery of a new trend in painting later known as the primitivism that presupposes clumsiness of technique and intentional simplification of form it should be noted that Strickland’s manner of painting had much in common with his looks and character. The same epithets are used to describe both the paintings and Strickland himself: larger than life-size, this gave them an ungainly look, clumsy. The simile “first feeling was that they might have been painted by a drunken cab-driver echoes with the simile “Strickland gave you somewhat the idea of a coachman dressed up for the occasion”. For the untrained and unprepared eye Strickland’s painting was a mere daub while its primitiveness concealed an enigma of the universe just like the clumsiness of his oversized figure concealed a wild and tormented spirit. Even his still-life of lop-sided oranges on a plate that wasn’t round contain the idea of some disproportion and unbalance in the world through this very exaggeration. This idea is backed up by the SPU “It was as though he found in the chaos of the universe a new pattern, and were attempting clumsily, with anguish of soul, to set it down. I saw a tormented spirit striving for the release of expression.” The same SPU is suggestive of his searchings of the ways to reveal his soul through his art.

The colour of the pictures is very important. The author uses the epithet “extraordinarily crude”. Perhaps it could say more about painter’s nature than the objects portrayed. It is surprising that under a shell of the ordinary stock-broker quite uneccentric at first sigh could be found such brightness of colours and vividness of the inner world. According to his first impression, the author metaphorically calls it “a stupendous, incomprehensible farce’.

The repetition of the words disconcerted and puzzled serves as a means of cohesion all through the extract. Finally litotes “I was not unimpressed” implies that the narrator was more than impressed” even excited and interested. Antithesis is used as the contrast of form and content: They seemed to me ugly… they were strangely tantalizing”. It means that they had some beauty that wasn’t on surface but deeper. Altogether they contained some mystery. “they gave me an emotion that I could not analyse. They said something that words were powerless to utter”. The author’s digression accounts for the artistic lonely soul and for every soul in general. The human inner world and life itself is much richer than one can describe but the means to convey them are very poor. The author is sarcastic comparing academic painting to people living in a country…

Confusion and puzzlement than overwhelmed the narrator while only looking at these pictures made him look into the abyss of mysteries and emotions within Strickland. Made him feel some forces than obsessed the painter to which he fell a victim while seeking the unknown. He realized that his soul was and would be tortured until he found the way of expression of his state of the soul. The way he depicted distorted objects, flashy colours, caricatured faces, is a kind of mixture of something evil, wild and mysterious inside of him tearing his heart. His sufferings were portrayed on the canvases and the author couldn’t but feel “an overwhelming compassion”.